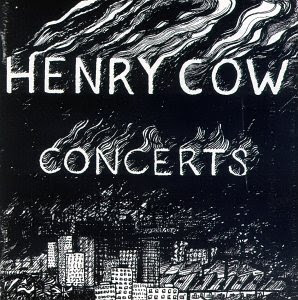 Henry Cow Concerts is a live double album by English avant-rock group Henry Cow, recorded at concerts in London, Italy, the Netherlands and Norway between September 1974 and October 1975. Sides one and two of the LP record consist of composed material while sides three and four contain improvised pieces.

The album includes Henry Cow's last John Peel Session, recorded in September 1975 and extracts from a concert with Robert Wyatt at the New London Theatre in May 1975. "Groningen" (recorded in September 1974) is part of an instrumental suite where the band improvised around fragments of an early version of Tim Hodgkinson's "Living in the Heart of the Beast" from In Praise of Learning (1975). Another performance of this suite (in full) later appeared in "Halsteren" on Volume 2: 1974-5 of The 40th Anniversary Henry Cow Box Set (2009).

Just stumbled across your blog. This is great and can't wait to download more. Thank you!

thank you very much for the presentation of these Concerts -

may your day be sunny - Hausmeister

check out the other morsels from the JELLYFISH SAMICH family o' blogs!